Even if you’re on a short stopover, Tokyo’s airports cater well for non-Japanese speakers. But when I first travelled through Tokyo, one thing that worried me was whether Narita airport had English signs. Fear not…

Both Tokyo Narita and Haneda airports do have English signs. You’ll find that signs are in Japanese, English, Chinese and sometimes Korean as well. Being international airports with millions of passengers travelling through each year, they cater very well for international travellers.

If you’re worried about what the signs might look like, fear not. Below we have some examples of how straightforward and clear the signs are at Tokyo’s Airports.

Below is one of the first signs you’ll see when arriving into Tokyo airport. As you can see this sign is in Japanese, English, Chinese and Korean. 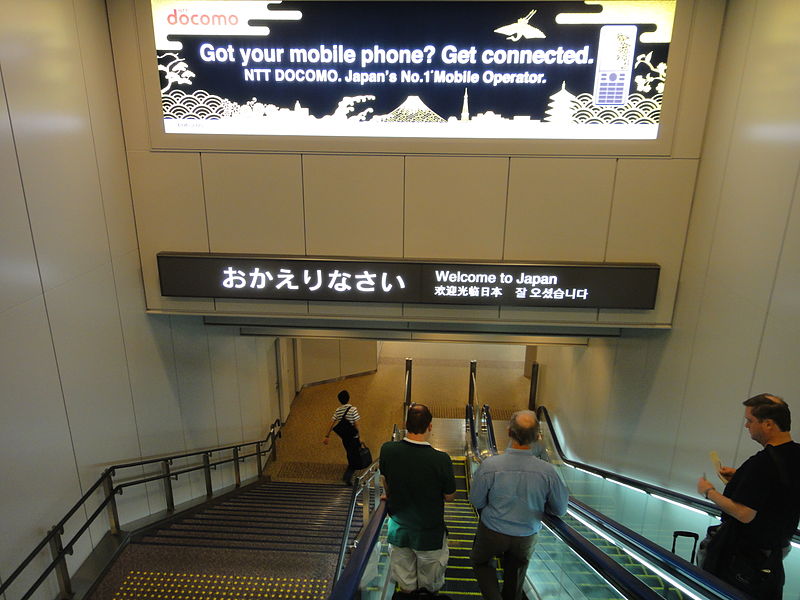 You’re also likely to see the below sign in English and Japanese. You can see that signs and directions at the airports are easy to read and follow. The word for arrivals in Japanese is 到着 (pronounced Tōchaku). 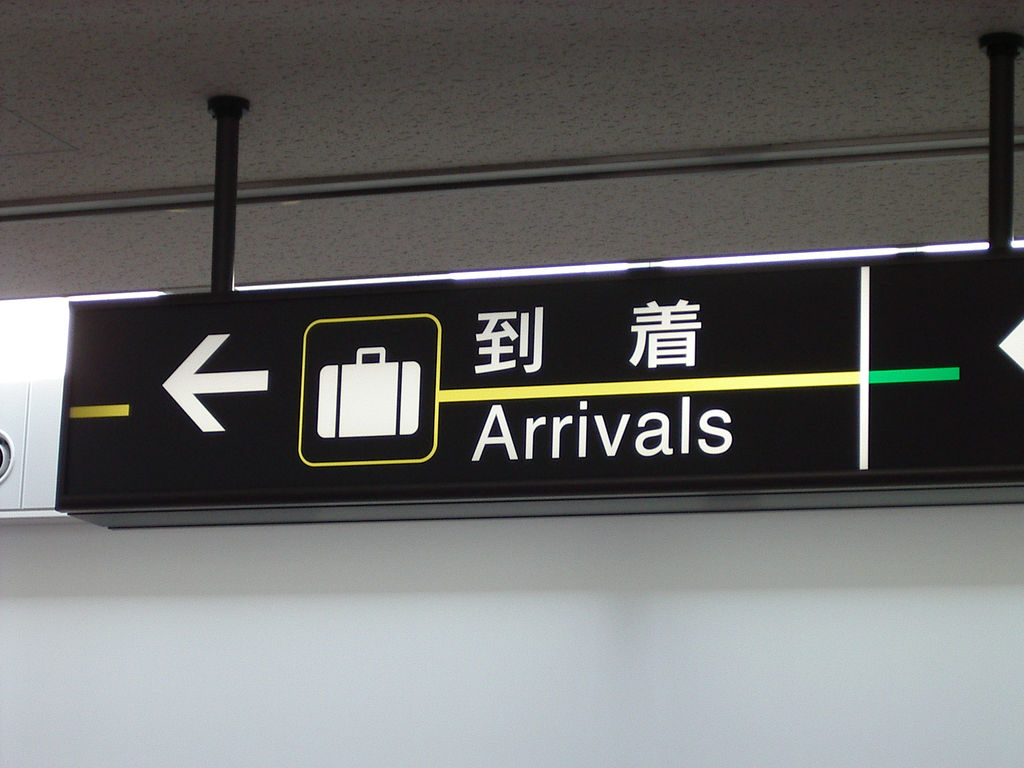 When departing on your next flight from Tokyo Narita, you may also see the following departures board which is a mix of English and Japanese. And before you panic, don’t worry! The gate numbers aren’t shown here yet! 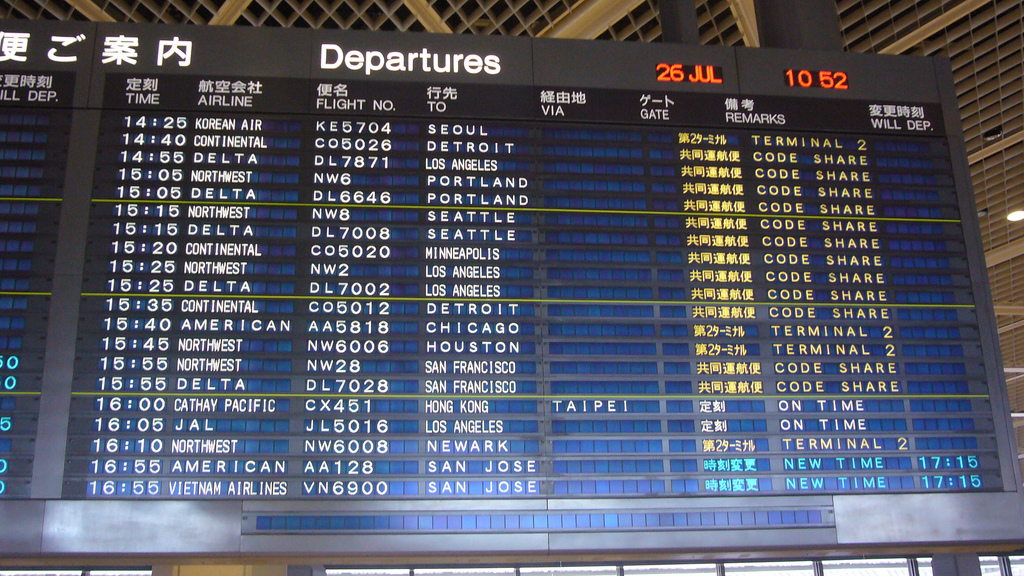 And the check-in zones are clearly labelled with Western letters. 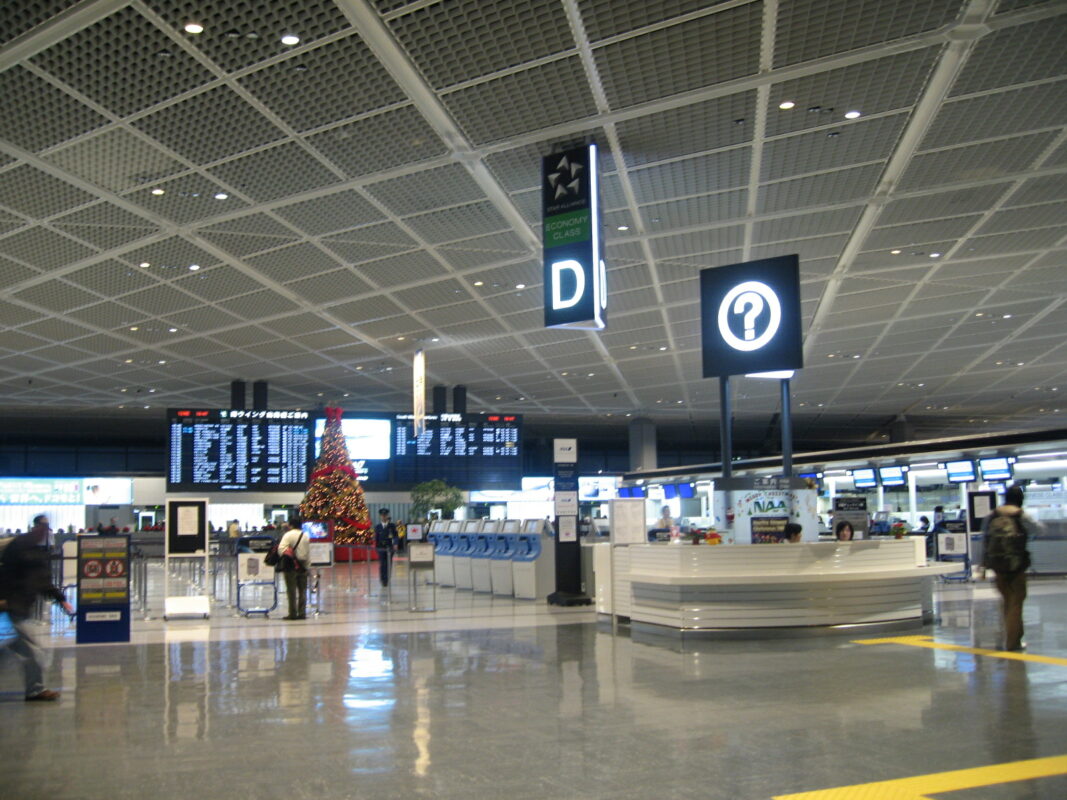 There are a few other signs you might find useful while in transit at Haneda or Narita. However if you are stopping over in Tokyo, you’ll need to get into the city centre. There are a number of ways to do this including the Tokyo metro, which is clean and efficient.

The image below may look at little confusing at first, however, if you focus purely on the English part of the sign, it’s clear that you need to go right to Narita’s Terminal 1, or left, to go to Narita (the next stop) and then into the city center. 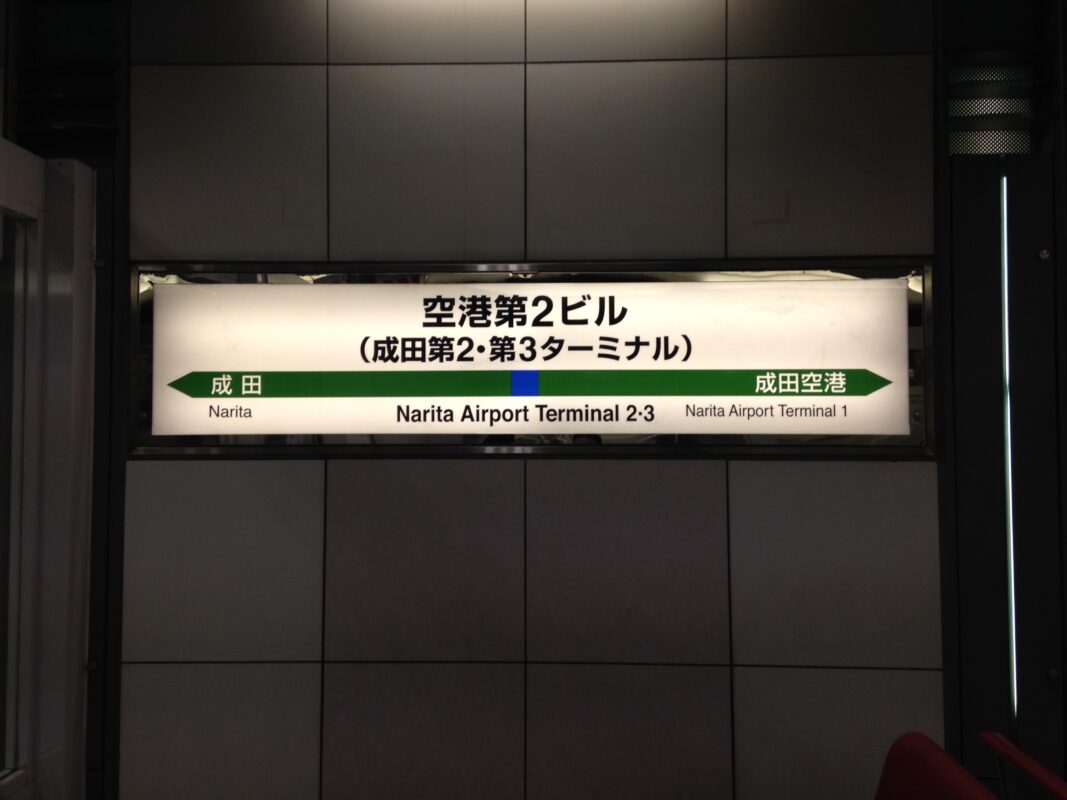 Other Useful Signs At Tokyo’s Airports

As you can see, signs at Tokyo’s airports are generally also in English. Below are a selection of other signs you may find which may come in handy to recognise, however, with most airport signs in English, you really don’t have much to worry about, as you’ll see.

Pronounced “toy-reh” the Japanese are infamous for their loos. As with most places around the world, these are quite easy to spot.

If you’re lucky you’ll get an all singing, all dancing toilet that will warm your cheeks and clean your bits. If you’re unlucky you’ll get a “Washiki Toire”, a traditional style toilet. Don’t worry though, pretty much all airports now only have western style bathrooms. 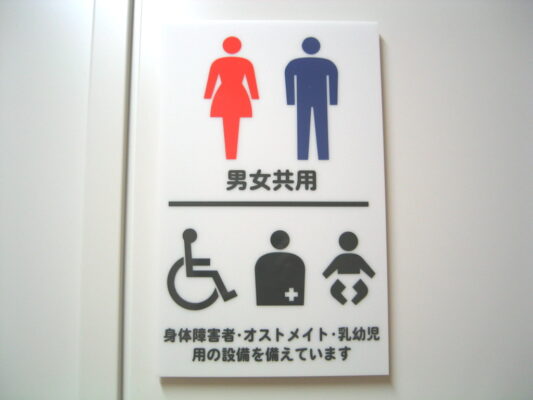 And if this sign doesn’t convince you that you’ll be fine getting about at the airports in Japan, I don’t know what will. 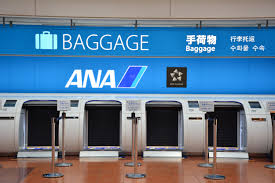